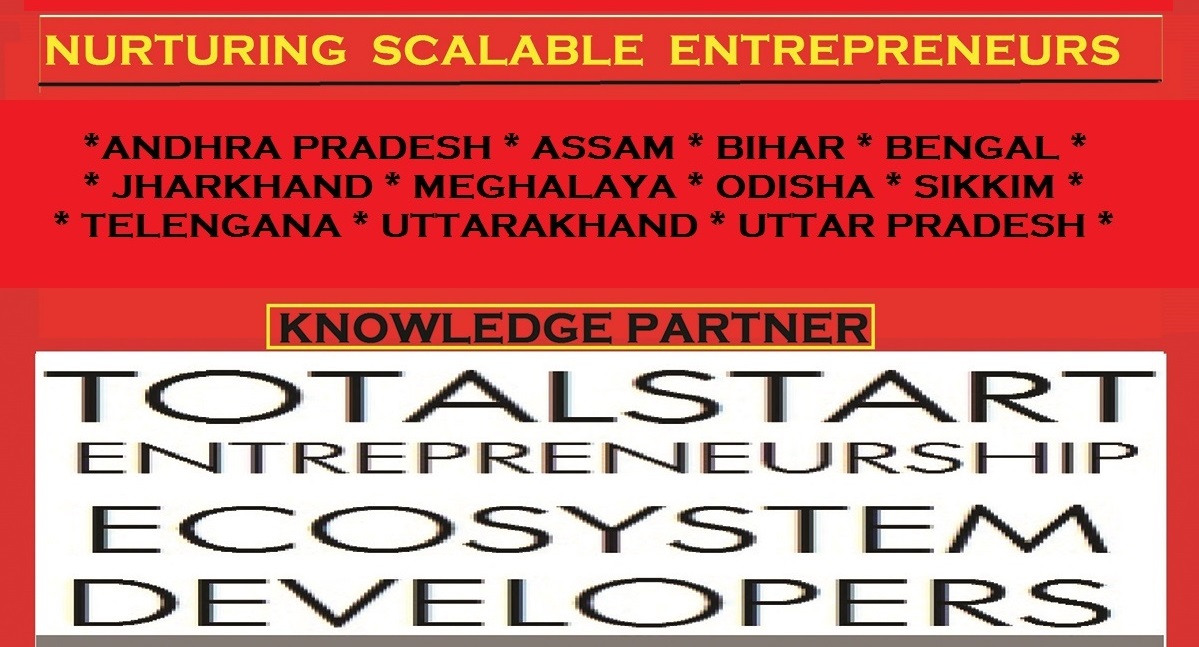 FOR JHARKHAND  *  FOR MEGHALAYA  * FOR MANIPUR/MIZORAM *  FOR ODISHA

FOR SIKKIM *  FOR TELENGANA * FOR TRIPURA  *  FOR UTTARAKHAND    FOR UTTARPRADESH

“Catalyzing, Mentoring, Curating, Incubating, Funding and Scaling of Micro and Small District Entrepreneurs (MSEs), this also includes Food Producers Organizations (FPOs) and Producers Organizations (Clusters), in Underdeveloped Regions and Underprivileged Communities ” which we are presently carrying out in 25 Regional District Hubs across 13 states in India, through 100 two day workshops followed by 2 or 3 days of local business diligence of the selected 4 to 6  micro and small enterprises in the workshops, and ultimately choosing at minimum 50 MSEs, 2 from each Regional District Hub, to scale to Rs 50 crores in next 5 to 7 years time.  This exercise we are doing for year 2017-2018 and 2018-2019, to catalyze and curate the first cohort of minimum 50 to work with. We have started this initiative as early as 2013 in a small way in 2 states, and now we are  scaling up.